Amy Robach's 20/20 Co-Anchor David Muir And Others At ABC Allegedly Have Strong Feelings About GMA3 Brouhaha With T.J. Holmes 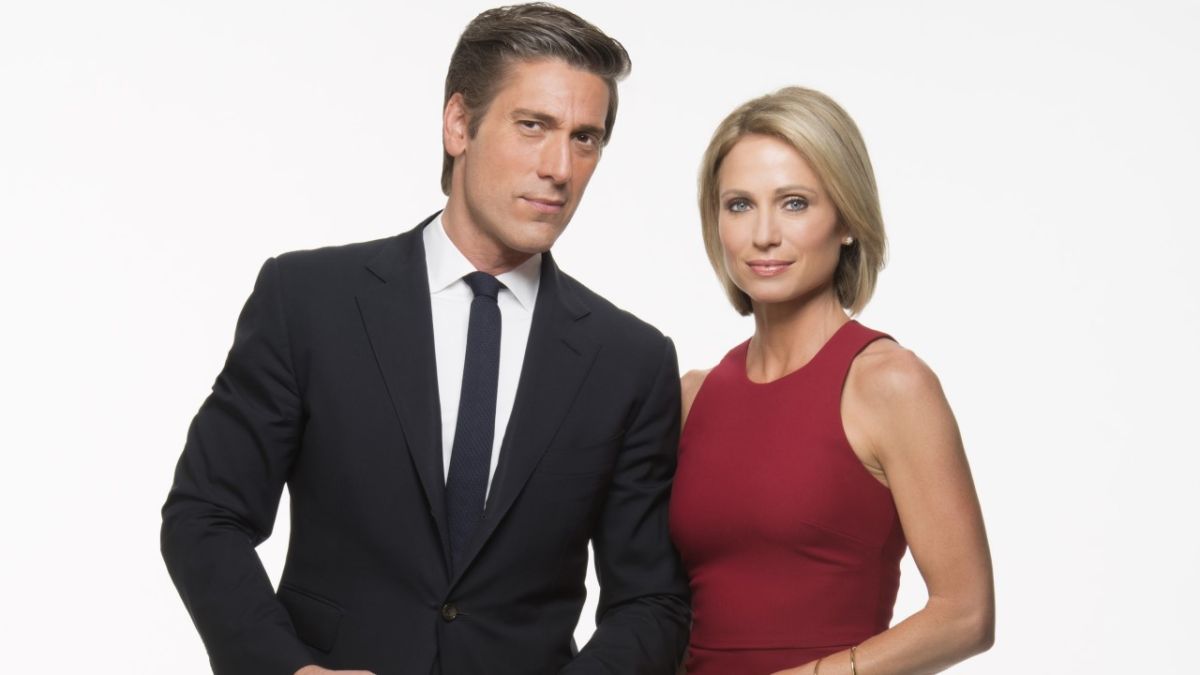 Viewers of GMA3: What You Need to Know, as well as everyone who has been following the brouhaha surrounding Amy Robach and T.J. Holmes, are still awaiting a decision from ABC News regarding the co-hosts’ futures on the show. After the two were photographed together on several occasions, rumors swirled that the colleagues had been involved in extramarital affairs, despite each separating from their spouses back in August. As more information came out, CBS Mornings’ Gayle King called the situation “sloppy,” and apparently the folks at ABC also have strong feelings, including Robach’s 20/20 co-anchor David Muir.

Amy Robach joined David Muir as a co-anchor for the longtime news program in 2018, and her colleague is allegedly one of several ABC employees who are not happy about the kind of attention she and T.J. Holmes have brought to the network. Muir apparently “wants no part” in the drama, a source told Page Six:

Another insider concurred with that assessment, saying that news of Amy Robach and T.J. Holmes’ relationship — as well as a second workplace relationship for Holmes, and even possibly a third affair — has caused tension between the GMA3 co-hosts, David Muir and their colleagues. The second source said:

Amy Robach and T.J. Holmes returned to GMA3 days after photos of the presumed couple went public. They appeared to joke about the situation, with Holmes remarking sarcastically on the air that he was having a “great week.” Robach responded, “Speak for yourself,” and ABC News president Kim Godwin made the decision to take them off the air before the next episode.

They haven’t returned, either, as an internal investigation is ongoing, but apparently, their co-workers were “very unhappy” that the co-hosts addressed the situation on the air, a source said:

As an internal review continues at ABC, Amy Robach and T.J. Holmes appear to be laying low, and haven’t been seen together since being benched by the network. TMZ reported that the couple was still “very much together,” but Daily Mail sources said they’ve started questioning if their relationship can survive this situation.

Kim Godwin initially said that the relationship had become an “internal and external distraction,” when she decided to take them off of the air, but clarified that they had not violated company policy. However, it’s unknown when exactly their romance began, and the network has since decided to look into whether or not they did breach their contracts, which could include actions like using company vehicles to meet romantically or pressuring staffers to keep quiet about the relationship.

It’s also thought that parent company Disney wouldn’t take too kindly to infidelity, if they were found to have progressed their relationship before the end of their respective 12-year marriages.

The network has brought in replacements to hold down Good Morning America’s third hour, which you can catch weekdays on ABC. Also check out our 2023 TV schedule to see what’s coming up in the new year.