Alexandra Daddario's New TV Show Will Now Be Even Easier For People To Watch, And There's More Good News 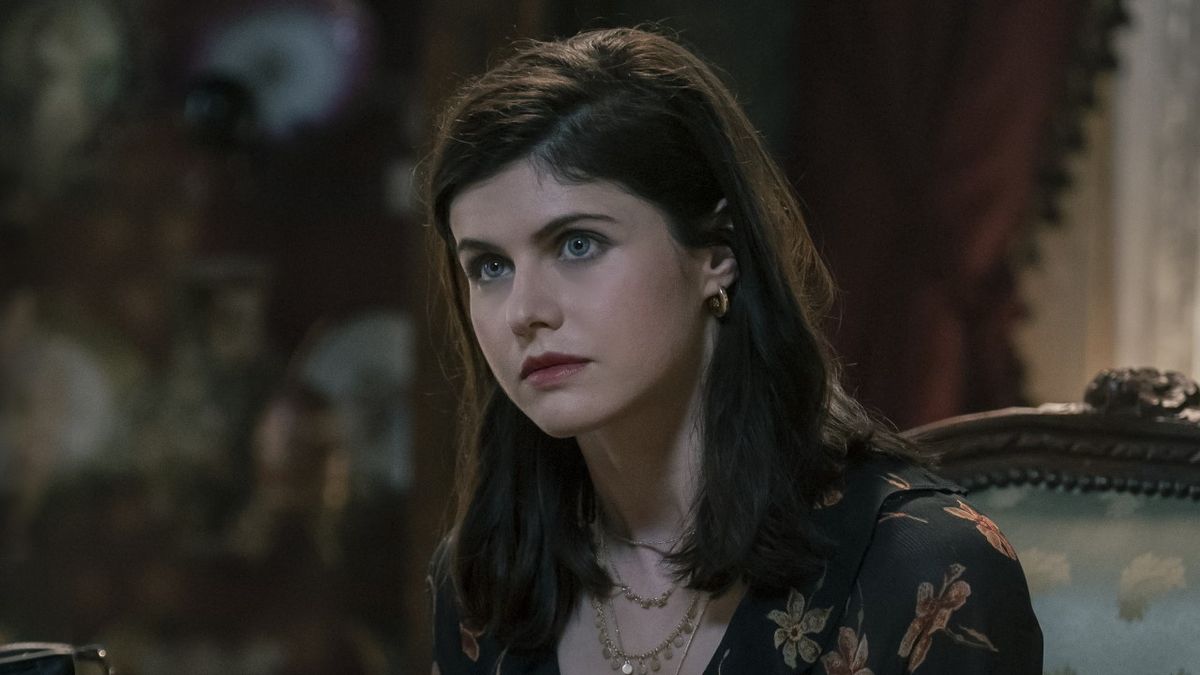 As one of the more effortlessly stylish and attention-grabbing celebs out there, Alexandra Daddario has a fanbase that will flock to whatever new project she's front and center for. And as White Lotus fans theorize about her potential return to the HBO hit for Season 3, the actress is set for her latest horror jaunt for AMC+'s upcoming adaptation Anne Rice's Mayfair Witches. Hype for the supernatural thriller is already high, thanks to the critical and audience acclaim tied to the first season of AMC's Interview with the Vampire, and the network is clearly aiming to double down on that potential popularity. AMC Networks has announced Daddario’s betwitching new show will now get a more widespread premiere launch across its full array of linear channels, as well as a feature-length special to further build interest.

With just a little over two weeks left to go before Anne Rice’s Mayfair Witches was set to make its debut on AMC+, with the simulcast on AMC already in the cards, the company announced it’s now gearing up for a full “world premiere event” for Sunday, January 8. The new series, which is the second project set within the Anne Rice Immortal Universe, is now set for the full gamut of AMC Networks platforms both linearly and digitally:

Earlier in 2022, Anne Rice’s Interview with the Vampire debuted and held onto its spot as the #2 new drama this year on ad-supported cable, along with topping out as AMC+’s biggest debut yet. With this year also dishing out the final seasons for past stalwart hits The Walking Dead and Better Call Saul, there’s an innate need to expand the scope for anything and everything that’s working well, so it’s perhaps no surprise that all involved want more eyeballs on Alexandra Daddario’s Rowan Mayfair.

The eight-episode first season will center on Daddario’s Rowan, a smart and savvy neurosurgeon who discovers she’s set to carry on a bloodline of witches. Not that embracing one’s existence as a supernatural entity will be an easy feat, as Rowan’s struggles to adapt to her powers will be coupled with struggles to deal with a malicious force that has given her family troubles for centuries. It’s also set to co-star Jack Huston, Harry Hamlin, Beth Grant, Tongayi Chirisa, Annabeth Gish and more.

Currently, AMC isn’t yet bringing in Chris Hardwick to handle any conversational after-shows in the style of Talking Dead, but the network announced Anne Rice’s Mayfair Witches is being preceded by the brand-new documentary one-off All of Them Witches. The one-hour special will take a closer look at the history of witchcraft and witch hunts in American history, while also shedding light on current practices and educational efforts.

The special will feature such experts as Waking the Witch author Pam Gorssman, Hoodwitch businesswoman Bri Luna, the “Oracle of Los Angeles” Amanda Yates Garcia, and Buzzfeed’s Curly Velasquez. It was directed by Mona Panchal.

All of Them Witches is currently available to stream on AMC+, as of Wednesday, December 21, which is notably the Winter Solstice. Meanwhile, those waiting to watch on AMC proper will need to tune in on Monday, January 2, at 10:00 p.m. ET.

Anne Rice’s Mayfair Witches will make its widespread debut on Sunday, January 8, at 9:00 p.m. ET. And to reiterate, you’ll be able to find it on AMC, AMC+, IFC, BBC America, SundanceTV, and WEtv. Head to our 2023 TV premiere schedule to see what other new and returning shows are on the way.